GW doesn't want files on BGG that are associated with their games, so you can't have seen it here in recent times. A character sheet, rule book, adventure book, and RPG book. I love the original Warhammer Quest (WHQ) and Silver Tower (ST) and Shadows Over Hammerhal (SOH). In Games Workshop released WARHAMMER QUEST, The Adventure Book /Warhammer%20Quest-Adventure%compwalsoihassre.gq?dl=0. The Warhammer Quest Roleplay Book is divided into three sections, each of which builds onto the Warhammer Quest game. The rules from each section. 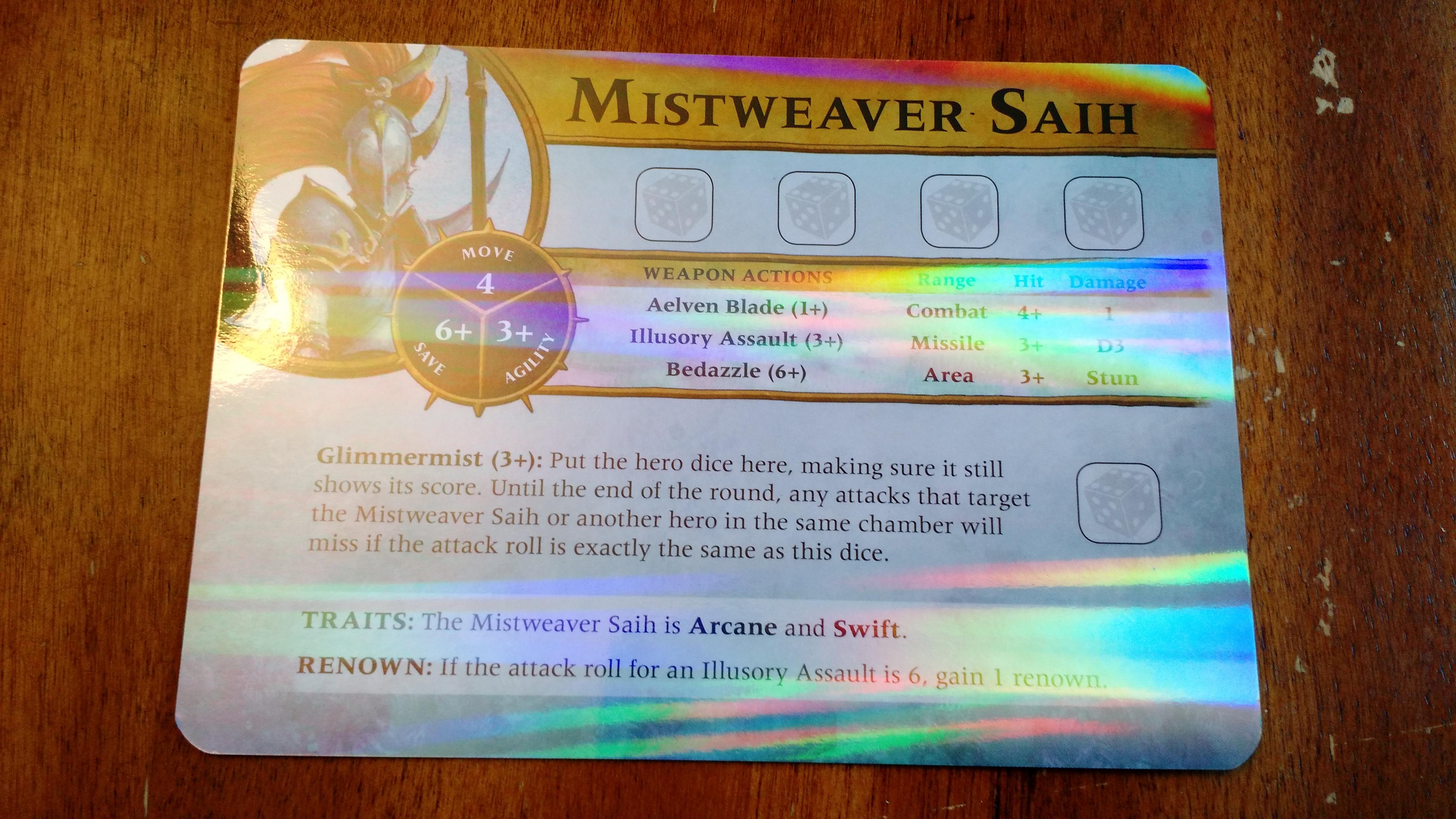 For others, I have accompanying rules, and some equipment card templates. As I find them or recreate them , I'll try to dig up alternate spell decks, treasure cards, floor plans, and perhaps even an adventure or two.

I found that the process of converting these to Acrobat format files resulted in painfully large file sizes. So as not to waste bandwidth and hard drive space, I am making these available in EPS format One such package would be GhostWriter and GhostView. You may find various other programs to be more convenient. In the meantime, here's what I have.

To those Warhammer Quest fans out there, I hope you can get some use out of these. Happy Questing! 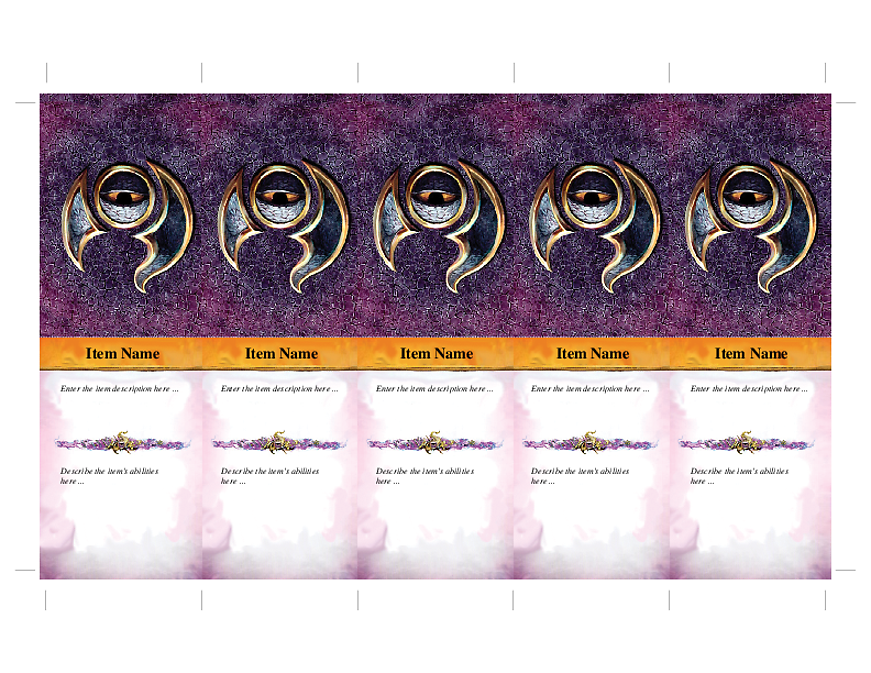 The Dread King seeks to use this pool of dark magic as a conduit for his evil spirit to escape the shackles which bind it. Even now, his evil form coalesces in the dark halls beneath the temple. As the dark power grows, the priests have been driven out by otherworldly night predators, and have offered the Warriors a substantial reward if they can destroy the Dread King and sanctify the temple.

The Warriors must quest into the dungeons of Laranscheld's old tower and kill him before he succeeds in joining his power to his patron, the Dread King of Twisted Spire.

Laranscheld's minions are represented by the other Monsters in the objective room. Laranscheld should be placed at the far end of the room, next to the throne, where he is performing his ritual.

His Grimoire Necris should be placed in the space before the throne. The Warriors must retrieve the Crimoire Necris before Laranscheld can complete the summoning.

They have 2D6 turns to kill Laranscheld, starting from the first turn after they enter the objective room. If the 2D6 turns pass before the Warriors have killed the Necromancer, Laranscheld completes the ceremony. Place Van Damneg on his throne at the start of the next Power Phase.

Van Damneg can cast spells and attack as normal on the turn he appears. Once they have prevented the summoning, or destroyed Van Damneg once and for all, they can return to the wizards of the Empire, where they will each receive a Treasure card and gold as a reward.

If the Warriors manage to kill all the Monsters in the Dread King's Throne Room they each snatch a piece of treasure before making their escape.

Every Warrior gets a single Treasure card. 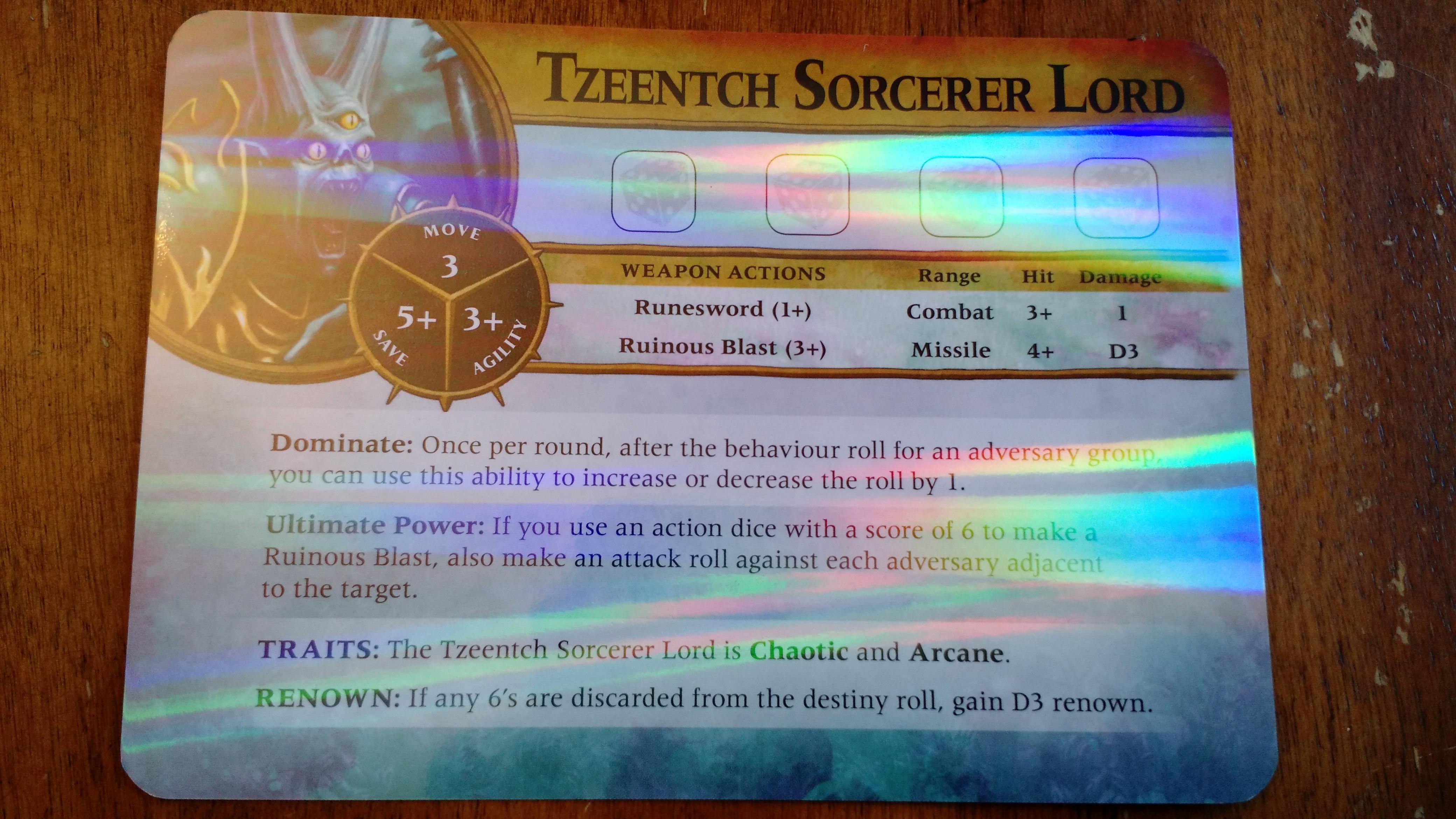 Despite all attempts to destroy him, the Dread King's spirit has returned once more to his ancient haunts. Rumours abound that he seeks to awaken Nagash himself once he is restored to power, and this must be prevented at all costs.

After much research, it has been discovered that the means to achieve this are kept deep in the Twisted Spire itself - the Dread King cunningly possesses the only weapons powerful enough to destroy him.

The Warriors must find these weapons before facing the Dread King. One night, as they sleep fitfully in the mountains, they are set upon by a large Undead horde. Outnumbered and surprised, the Warriors have no chance, and are knocked unconscious. They awake to find themselves in a dank cell, chained up beside another prisoner. The prisoner tells them he has a way to escape, but they will have to leave through the throne room of the Dread King himself.

The next day he is taken from the cell and led to the sacrificial altar of the Dread King. It seems that the blood of mortals is being used to free the Dread King from the realm of death, and even now he is close to overcoming the magic which holds him prisoner in his dark halls far away in the Lands of the Dead.

The Necromancer Laranscheld and many of his minions are scouring the area for more victims. The Warriors manage to break free of their bonds and regain their equipment from the Zombie guards.

They must hurry to reach the throne room before the Dread King appears. If they dawdle, however Special Rules Generate the dungeon as usual, the Warriors start just outside their cell. Before playing this adventure, remove the Dread King Event card from the Event deck, and place the special Catacombs counters in a cup or mug.

Whenever the Warriors finish a combat, then as well as any treasure and gold they gain, the leader takes a counter from the cup for every Event card of Monsters that was involved in the combat. If he finds the Skull counter, then the Warriors have found one of the legendary Death Dealer swords of Malach the Cruel. These are the only weapons capable of harming the Dread King. The leader then places all the counters back in the cup, ready for the next combat, when the Warriors can try to find another sword.

There will only ever be four swords, and without one a Warrior will be able to inflict no damage on the Dread King whatsoever. If the Warriors manage to defeat the Dread King, at the end of the adventure they are richly rewarded - each Warrior gains two extra Treasure cards. Not only that, but they have the choice of plundering the Dread King's ancient tomb if they wish.

Any Warrior who wishes to plunder the gold from the tomb may roll as many dice as he likes, adding up the totals rolled and multiplying the result by , to see how much gold he has found. The issues that contained the articles are not available from Games Workshop any longer, so this document is designed to act as an archive for those of you who would like to keep your original issues as pristine as possible.

The format and look of the original articles has been preserved as much as possible, but compromises have been taken in order to keep the size of this document manageable, for instance photographs have been reduced to colours etc. The Compendium has been split into two volumes Volume I has all the articles and text, while Volume II this one has the extra board sections and event cards etc.

There is a lot of good articles here and theyre bound to offer something to even the most jaded Warrior. Warhammer Quest Compendium Vol.

The article for this issue was basically an advert for the Lair of The Orc Lord expansion set, which is why it doesnt appear in Volume 1 of the compendium. But it did come with the following four treasure cards:. Flag for inappropriate content.

Related titles. Jump to Page. Search inside document. But it did come with the following four treasure cards: The content is identical.Little do the priests of the city know, but their temple is built upon an older, evil site of magical power.

The bone-filled Hall of Death is a source of dark magic and draws evil power from the surrounding area. All the counters go back in the cup, and the Warriors must take an Event card immediately - the noise of their searching has disturbed some evil force noise of their within the catacombs. Yes, Finastan. Skabnoze was able to concentrate on developing and refining his new spells. You can play with more than four Warriors if you like, but remember to adjust the number of Monsters accordingly.

TAJUANA from San Diego
I relish reading books vivaciously . Look over my other articles. I have a variety of hobbies, like home repair.
>